Conversion Therapy on Minors Made Illegal in New Jersey

byC. Gean
in Human Rights, LGBTQ, News, Social Work
0
ADVERTISEMENT
Share on FacebookShare on TwitterShare on LinkedinShare on PinterestShare via EmailShare on Reddit

“I believe that on issues of medical treatment for children we must look to experts in the field to determine the relative risks and rewards. I believe that exposing children to these health risks without clear evidence of benefits that outweigh these serious risks is not appropriate.  Based upon this analysis, I sign this bill into law.” Read More…

New Jersey is the second state to declare conversion therapy illegal since California in 2012.

So What is Conversion Therapy? 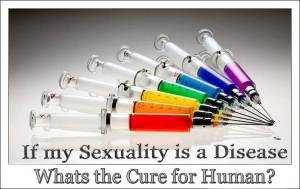 According to the American Psychological Association, sexual orientation conversion therapy also known as reparative therapy refers to counseling and psychotherapy to attempt to eliminate individuals’ sexual desires for members of their own sex.

How Did Conversion Therapy Originate?

In the 1920’s Sigmund Freud’s research on sexuality laid the foundation for future researchers to engage in Conversion Therapy. In the 1940’s and 50 Edmund  Bergler saw homosexuality as a perversion and believed he could “cure gay people with a punishment based therapy. When the original  Diagnostic and Statistical Manual DSM was released in 1952, homosexuality was listed as a mental illness in which aversion therapy, and conversion therapy was considered the best practice treatment method. It wasn’t until 1973, when homosexuality was removed from the DSM as a mental illness. Reparative therapy is no longer used or supported by several mental health organizations and looked upon as a harmful practice.

According to a statement issued by the  National Association of Social Workers:

“Aligned with the American Psychological Association’s (1997) position, NCLGB [NASW’s National Committee on Lesbian and Gay Issues] believes that such treatment potentially can lead to severe emotional damage. Specifically, transformational ministries are fueled by stigmatization of lesbians and gay men, which in turn produces the social climate that pressures some people to seek change in sexual orientation. No data demonstrate that reparative or conversion therapies are effective, and in fact they may be harmful.”

Despite the removal of homosexuality from the DSM, conversion therapy is still practiced by several religious institutions. This therapy is harmful and has dangerous ramifications, and it is considered by many professionals a legalized form of child abuse. I urge the rest of the United States to follow California and New Jersey’s footsteps on this issue because no child should endure this treatment.

Please watch the following video as Sam shares his experience with conversion therapy. Caution this may be difficult to watch.