Big Win for Richard Sherman and the Sherman Family Foundation

byDeona Hooper, MSW
in News, Social Work, Sports
0
ADVERTISEMENT
Share on FacebookShare on TwitterShare on LinkedinShare on PinterestShare via EmailShare on Reddit

After finding himself at the center of controversy for an epic trashing talking rant against San Francisco 49ers receiver Michael Crabtree, Richard Sherman and the Seattle Seahawks went on to win Super Bowl 48 in epic proportions over the Denver Broncos. After a hail of racial epithets being hurled at him, Richard Sherman stated that a man should be judged for his activities off the field and whether he is an active member of his community. 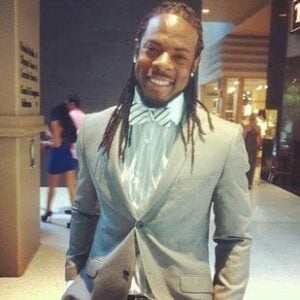 Raised by a social worker mother and a father who spent 30 years in public works, Beverly and Kevin Sherman from Compton, California instilled the value of giving back into their star athlete son. On July 2, 2013, Richard Sherman announced via Twitter the formation of the Sherman Family Foundation. Did I also mention that he is a Stanford graduate with a degree in communications?

According to the Seattle Seahawks blog,

With the help of his close family and friends, cornerback Richard Sherman has announced the launch of “Blanket Coverage – The Richard Sherman Family Foundation.” The All-Pro, Stanford graduate says the foundation will “channel it’s resources to ensure that as many children as possible are provided with proper school supplies and adequate clothing.” Read Full Article

Prior to the formation of the Richard Sherman Family Foundation, Richard had already developed a reputation with his fans and the community as a charitable giver and philanthropist. He once organized an event for the Help A Hero Foundation which was attended by 7,500 people in order to help raise funds to purchase a home for an injured soldier.

Excited to announce the launch of my charity, "Blanket Coverage the Richard Sherman Family (cont) http://t.co/BfI6vAkZCR

The morning after a victory against the Arizona Cardinals, Richard Sherman went to Foster High School in Tukwila, Washington to speak with students about bullying and being a good citizen. He was also armed with school supplies and new cleats for the football team.

Despite Richard Sherman’s charitable actions and awesome play on the field, it was unfortunate that he and his family felt the need to defend their honor after the word “thug” was used to describe him over 48 times in the media after the win over the 49ers. Buzzfeed decided to take the time to re-introduce Richard Sherman and the Sherman Family Foundation in their ode to him entitled 23 Reasons Richard Sherman is Actually One of the Most Likeable Player in the NFL.

Blanket Coverage, The Richard Sherman Family Foundation, provides kids with school supplies and clothes. Since Sherman’s charity was founded this past July, they’ve brought goods to four schools and nine community centers. Sherman’s stated goal isn’t “charity,” but leveling the playing field for kids who don’t have the things most people take for granted. Students sign a contract with him: In return for improving their grades, making good attendance, and being good citizens, he’ll continue to help them with clothes and supplies. The foundation also recently visited the Rescue Mission in Tacoma, Wash., and donated socks, blankets, shoes, board games, and books to 160 families who are homeless or trying to get their lives back on track after suffering from addiction. Read Full Article

I suppose Richard Sherman could use this Super Bowl win as vindication against the racial hate endured as a result of his rant against Michael Crabtree or maybe a possible I told you so could be in order. However, I think he will take the high road instead of taking a victory lap on his detractors. Richard Sherman had every opportunity to paint Michael Crabtree as a villain who at the time was being investigated for sexual assault, and the media never mentioned it while seeking an explanation from him about his on camera rant. Even, I was unaware until one of our writers wrote an article on sex and football.

Although Richard Sherman is still under a rookie contract, you wouldn’t know it from the amount he gives to charity. View the video below to see what the Richard Sherman Family Foundation has been up to in the midst of football season, and you can also connect with Richard on Twitter or on Facebook.

How Human Trafficking Factors into the Super Bowl