byTenesha Curtis
in LGBTQ, News
0
ADVERTISEMENT
Share on FacebookShare on TwitterShare on LinkedinShare on PinterestShare via EmailShare on Reddit 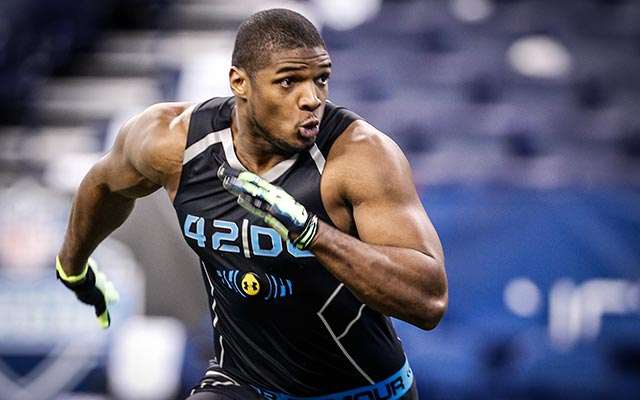 I was just reading yet another article about Michael Sam’s decision to reveal his sexual orientation to his teammates. This story leads me to feeling much more hopeful about our nation’s level of tolerance towards people who have preferences or physical characteristics that aren’t “mainstream”, so to speak, based on the number of positive or neutral reactions I’ve heard to this announcement.

Still, I’m curious if a day will ever come when information like this doesn’t make news headlines any more than someone “confessing” that  they like to watch The Real Housewives of Atlanta or that they prefer cookies with dried cranberries in them or that they prefer tequila over bourbon. Especially since people are often disclosing this information in contexts in which their sexual orientation has no significance. Being a homosexual doesn’t make you a better teacher or a worse athlete. Being a heterosexual doesn’t make you a better janitor or a worse ballet dancer.

I think the reason that people feel compelled to either fully disclose or vehemently hide their preference for intercourse with the same sex has to do with the pervasiveness of heterosexual references and habits throughout our society to some extent. For instance, if Sam had told his teammates he had a big date after a game (pre-announcement), he might have automatically been met with “Who’s the lucky girl?” or “Is it one of the cheerleaders?” or a similar comment that immediately assumes that his romantic interest is a woman. I think that disclosing one’s sexual preference helps to alleviate having to have those assumptions redirected on a constant basis because the people around him just know that he doesn’t feel sexually attracted to women. At the same time, I understand the hesitancy of others to be honest about this aspect of their lives because so many people get riled up about it, even to the point of becoming verbally and / or physically aggressive. I’ve addressed this to some extent in my Rain Drop Dodgers post about gay marriage.

It’d be nice to live in a society in which there was no need to “come out” because there was never a need to be “in the closet” in the first place. Oh well. Maybe some day.

Careers in the Various Types of Human Service Organizations