byTanya Ellison
in LGBTQ, Social Work
0
ADVERTISEMENT
Share on FacebookShare on TwitterShare on LinkedinShare on PinterestShare via EmailShare on Reddit

The politics of being queer is a radical social movement that deals with sexual identity and gender performativity. It has become a movement of individuals who feel they do not fall within the ‘normal’ social structure.  Some, who claim the term, would venture to say that the label has become to be understood as promoting non-identity or even an anti-identity .

“In the context of a current queer politics, which celebrates those who play out precisely these roles in the form of butch/femme, transgenderism and sadomasochism as the transgressive vanguard of the revolution”, one cannot fully understand where the movement is headed according to Shelia Jeffreys. Queers seem to claim the notion that being labeled as such makes them a walking statement.  But the politics of being queer is not one that just differ “us from them”, it is also looking for a place to fit within society.  It is a term of assimilation. 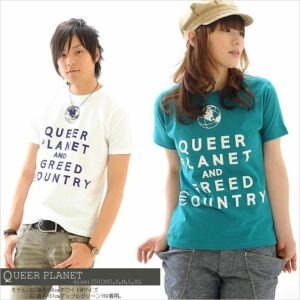 In other words, we could say that groups such as these took, for the most part, what we would now refer to as an assimilation approach to politics and to social change. The aim of assimilationist groups was (and still is) to be accepted into, and to become one with, mainstream culture. Consequently, one of the primary tenets of assimilation discourses and discursive practices is the belief in a common humanity to which both homosexuals and heterosexuals belong.  And this commonality – the fact that we are all human beings despite differences in secondary characteristics such as the gender of our sexual object choices – is the basis, it is claimed, on which we should all be accorded the same (human) rights, and on which we should treat each other with tolerance and respect. ~ Nikki Sullivan

So, the politics is not just one of what separates, it is trying to find exactly where they fit into today’s society.  The social movement is a movement that is searching for tolerance.  It is true that queers see themselves as something different and want to own the identity, but with what makes them different is exactly what makes them want to find a place to be accepted.

Growth of this Identity

The growth of this identity is an everyday action.  A new term or way of identifying oneself changes as fast as someone chooses that there is not a word satisfactory to describe who they feel they are.   Putting meaning to a term that represents a wide spectrum of identities and sexualities is most definitely no easy task.  But with the knowledge that “queer” is a term that takes identity to a level in which it flows as easily as the sexuality in which it encompasses, one can try to understand where this new wave of culture is coming from.  Knowing that a label with such harsh beginnings can be reclaimed and used as a word of empowerment is just the beginning in understanding what queers are really trying to convey with their terminology.  In venturing into who uses the label “queer” we begin to see that this identity is one that many claim as a general term for what separates them from “normal” society.

With this notion of what this all-encompassing word brings to the table, it is no wonder that the branch of Queer Theory has sparked the interest of scholars.  Queer Theory in academia has brought more justification to it being allowed into everyday situations.  With the new flow of “queerness” out of text to the tangible it has allowed for the act of being a “queer” as a walking, talking political statement.  With the rolling of identities into this neat little package of a label, it has forced this term to not only be an identifier, but it is also a social movement of individualism, which is also looking to be accepted into today’s society.

The 5th Woman Stage Production is a Voice for Women

Tanya Ellison is a BSW candidate at Tennessee State University in Nashville, Tn. She is a purpose driven advocate for the exposure and education of the LGBTQ social movement. She is currently working on a project called “Queer Faces of the South,” a photo and essay book. She is also researching the development of an identity model to aid Social Workers in working with the LGBTQ population.