What Should Social Workers Want from Hillary Clinton? 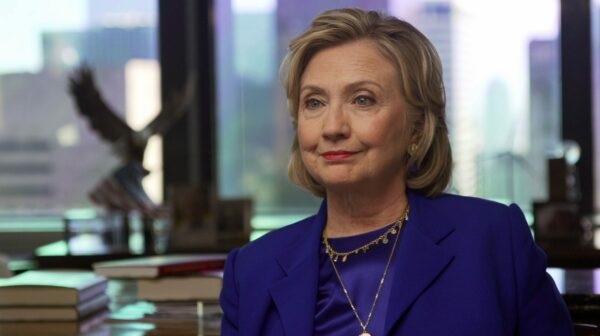 Of all those actively seeking the presidency, former Secretary of State, Senator and First Lady Hillary Clinton seems to be the most likely successor. It is not just because she is the most qualified among those seeking the presidency, nor is she the least disliked among the candidates, but it’s probably about time a woman gets the chance to lead the nation and demographics increasingly favor Democrats winning the White House.

According to the most recent Real Clear Politics consensus poll, Clinton leads former Florida Governor Jeb Bush by 7.7 points (Fox News has the matchup as a tie). She leads Wisconsin Governor Scott Walker by 9.2 points, Kentucky Senator Rand Paul by 8.6 points, Florida Senator Macro Rubio by 8 points, Dr. Ben Carson by 13.3 points, former Arkansas Governor Mike Huckabee by 11.7 points, and New Jersey Governor Chris Christie by 10.2 points. Much can happen with more than a year and a half left before the election, but Hillary Clinton is clearly the frontrunner.

It is far too soon to know who the Republican nominee will be. In the April 15th Public Policy Polling results in New Hampshire, Scott Walker led the pack with 24 percent—ten percentage points ahead of his next rival, Texas Senator Ted Cruz. Rand Paul (12%) and Jeb Bush (10%) managed double digits while Florida Senator Marco Rubio (8%), Christie (8%), Huckabee (7%), Carson (7%) and former Texas Governor Rick Perry (4%) rounded out the field.

So, should we wake up on Wednesday, November 9th with the first woman President of the United States in Hillary Clinton, what will social workers expect from her during her first four years? I say we should avoid making the same mistake Dr. Cornell West and Tavis Smiley made who have spent the last seven years criticizing President Obama for not having a sufficient agenda for black Americans when they failed to present the President with a specific policy agenda they wanted him to support.

What are the specific policies social workers would like to see advanced during a Hillary Clinton administration? That policy agenda should be made known before she goes into the White House. We may not agree on everything but certainly there are several key policy proposals we can all get behind.

Of course, this is easier said than done. How do social workers come up with a relatively concise and specific list of policy priorities we would like to see implemented during another Clinton Administration? There are many notable policy social work scholars who can assist in developing a policy agenda. We can begin with economist Jared Bernstein, a product of Columbia University School of Social Work’s doctoral program. So is Lonnie Berger, the director of the Institute for Research on Poverty.

CRISP has several distinguished policy scholars on our advisory board including Michael Reisch at the University of Maryland and Jane Waldfogel at Columbia University. All the ideas need not come from social work scholars. Developing social work policy priorities, while a social work-led endeavor, should draw on ideas from other disciplines. Former Labor Secretary Robert Reich, Washington Center for Equitable Growth Executive Director Heather Boushey, and economist Joseph Stiglitz all have worthwhile policy prescriptions.

According to the US Bureau of Labor and Statistics, there are approximately 800,000 social workers strategically placed in nonprofits, governmental agencies, and businesses throughout the nation. We are the ground troops, the managers, and the strategists needed to turn things around. If and when we flex our political muscles, we will be a force to reckon with.

Oh dear, there goes my alarm clock. It’s time to stop dreaming and get ready for work.

Not an Average Day in the Office: Social Workers from the US to Madrid Come to UK Workplaces for a Day of Unique Learning