byChey Heap
in Diversity, Education, News
0
ADVERTISEMENT
Share on FacebookShare on TwitterShare on LinkedinShare on PinterestShare via EmailShare on Reddit 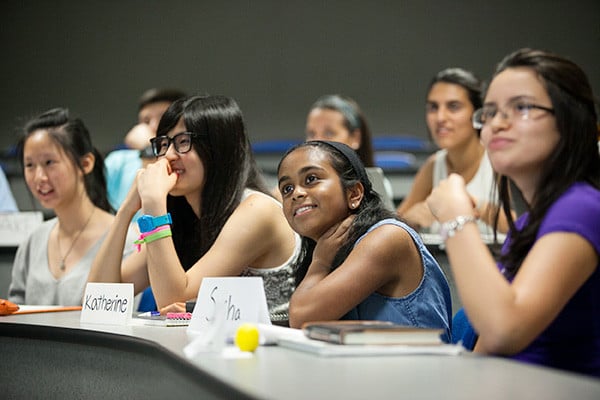 After reading the article Coddling of the American Mind in the Atlantic, I felt compelled to pen a response. The article suggests that ‘liberal’ views about use of language, ‘trigger warnings’, microaggressions, and avoiding offensive language are damaging to university students’ academic progression and their emotional wellbeing. The discussion here will be in several parts, the first part considers the article’s origins and underlying assumptions.

The article is a worthwhile read after taking into consideration the initial response it elicits. There are references to evidenced based therapies such as Cognitive Behaviour Therapy (CBT), and many examples were given to support their points. Here is an excerpt:

Two terms have risen quickly from obscurity into common campus parlance. Microaggressions are small actions or word choices that seem on their face to have no malicious intent but that are thought of as a kind of violence nonetheless. For example, by some campus guidelines, it is a microaggression to ask an Asian American or Latino American “Where were you born?,” because this implies that he or she is not a real American. Trigger warnings are alerts that professors are expected to issue if something in a course might cause a strong emotional response. For example, some students have called for warnings that Chinua Achebe’s Things Fall Apart describes racial violence and that F. Scott Fitzgerald’sThe Great Gatsby portrays misogyny and physical abuse, so that students who have been previously victimized by racism or domestic violence can choose to avoid these works, which they believe might “trigger” a recurrence of past trauma.

The people who wrote this article are rich, white-skinned and well-established men, who work at the moment in business-type jobs. Jonathan Haidt has an incredible list of credentials, including top American universities, a Fulbright scholarship, and a long string of psychological research initiatives – ending in an evolutionary-based model of morality, which suggests that political conservatives have a wider moral base than political liberals. One foundation of Haidt’s theory of morality includes ‘respect for traditions’ and ‘deference to legitimate authority’. A simple reading doesn’t make clear whose authority should be counted as legitimate.

Greg Lukianoff is a “First Amendment lawyer” who spends his time purporting the right to free speech. He describes himself as politically liberal and has written books about unlearning liberty and how to have free speech on university campuses. In 2008, he received the Playboy Freedom of Expression Award ($25,000 for advocates of the First Amendment) and has written for a whole host of well-known media outlets.

The text itself begins with an anecdote about anecdotes. In other words, Haidt and Lukianoff reference an article about teaching rape law, which provides examples of college students being ‘oversensitive’. This includes students who ‘complained’ there should have been a warning before showing a video of a sex abuse investigation in class, and a student who asked, for personal reasons, that rape not be included on exam material. Following this, they provide a list of names of people who apparently agree with them. This includes an article by a ‘liberal professor’ who states he is scared of oversensitive students, which was actually later contested by a ‘liberal professor’ via the same media source, and even later contested by second professor, again via the same media source.

This tactic arguably places the authors in an apparently popular and reasonable position as stated by this professor. It’s presenting them as people who say what needs to be said in a dark era of closing down reasonable discussion due to ‘offence’. They include teachers, liberals, a woman, a black comedian and a white comedian. It fits well with current Western political rhetoric, especially in Britain and America. After all, ‘political correctness’ is no longer considered a synonym for ‘respect’ but for unnecessary censorship. And they use broad anecdotes to support this.

Another broad brush the authors use is the term ‘microaggressions’.  Dr. Derald Wing Sue in his book, Microaggressions in Everyday Life, gives a great overview of what they are, and how they affect different demographics. In essence, microaggressions reveal our unconscious biases and assumptions – if you’re interested, you can find out about some of your unconscious prejudices here. Because Western society frowns upon, and legislates against, actively hateful discrimination and incentives to violence, people tend to avoid overt demonstrations of prejudice. Prejudice is expressed more subtly, i.e. with microaggressions.

There is plenty of literature about how microaggressions are insidious and inherently damaging to wellbeing – the idea was conceived by Chester Pierce in the 1970’s and it was further developed in the 1990’s. This is not a term that has suddenly started to be bandied about on college campuses. It’s been present in literature for a while, and finally this literature is filtering to the public. One of the implicit messages present in Haidt and Lukianoff’s argument is that microaggressions are a newfangled pop-culture concept with little inherent value – “risen quickly from obscurity into common campus parlance (read: where it does not belong)”.

Coupled with this, they obscure the meaning of ‘microaggression’. The crux of Haidt and Lukianoff’s argument is that they appear to consider each microaggression as an individual event. And, of course, when you take something so small as an individual event, and totally out of context, it looks silly. But empirically, that is not how microaggressions are meant to be considered – it’s the aggregate of thousands of microaggressions throughout a person’s lifetime that makes them damaging. Actions deemed as microaggressions have no power by themselves. Think about a bee. A single bee sting does just that – it stings, it hurts. But overall there’s not much damage. The entire hive going after you at once, however, can kill. There’s a special word for this – synecdoche, where a small part of something symbolises the whole.

So, Haidt and Lukianoff ignore the context of why microaggressions are so dangerous: 1) Because they are present everywhere, all the time, and they steadily wear people down, 2) Each individual instance is so small it can be dismissed, which 3) Makes the less privileged person seem over-reactive to small misdemeanours, and therefore 4) Means nobody has to do anything about it.

Crucially, they pretend ‘microaggression’ is a monolithic term. They ignore the range of different ways microaggressions can present themselves – including using an identity as an insult (“don’t act like a girl”, “that’s so gay”), and assuming white male straightness is default (after all, gay marriage is just marriage, women’s football is just football). They ignore a huge power of microaggressions – that of erasure.

There is literally ‘nothing’ to complain about when mixed gender groups are called ‘guys’ not ‘girls’, when bisexuals are absent from discussions on the ‘gay agenda’, people are surprised when the boss is black, and when Asian women basically don’t speak in modern Western media. Indeed, it’s considered rude to reject well-meaning attempts to assimilate a person into the norm (“You don’t act gay” as a compliment, “I’m colourblind”, or “We’re all the same, gender doesn’t matter to me”).

Ironically, Haidt and Lukianoff don’t mention erasure as a microaggression at all in their discussion. They instead appear to condense all possible infractions against a minority/oppressed group as ‘offence’ at something. Even though they explicitly mention the phrase ‘I’m colourblind’ as part of an anecdote they don’t seem to pick up on what it means. And it’s on this reductionist basis they build much of the rest of the article. Whilst every point they make will not be looked at, it is worth thinking of an example they provide: “It is a microaggression to ask an Asian American or Latino American “Where were you born?”.

Of course asking an Asian-American where they were born isn’t an inherent microaggression. Haidt and Lukianoff don’t provide a reference to ‘some campus guidelines’ which have stated this. If people are talking about having been born in a different place to where they now live, then it’s not unheard of to ask about birthplace. That said, usually one would ask where people are from, not where they were ‘born’.

Either way, it’s not always microaggressive – it’s about context. If a person has only just met someone, or doesn’t know them too well, birthplace is generally not top of conversation topics. Haidt and Lukianoff’s assumption is that it’s not the university’s blanket and over-simplified definition of microaggression that’s the problem; they assume that the acknowledgement of microaggressions is in of itself is problematic.

They follow up with some additional isolated examples of microaggressions-gone-wild, coupled with the term “some recent campus actions”. Then they state: “This new climate is slowly being institutionalized, and is affecting what can be said in the classroom, even as a basis for discussion”. Perhaps this assumes that students aren’t already institutionalised and that the system as it was should be preserved. From this, it seems one of their  assumptions is that the system was better before students started speaking out about these issues i.e. the authors want to “restor[e] universities to their historic mission”.

There also seems to be an undercurrent of “we are rational and logical” versus “the oppressed (read: offended by microaggressions) are emotional” – the nuances of this will be addressed later as part of a discussion about ‘psychological harm’, ‘emotional wellbeing’ and ‘safe spaces’. It seems interesting that whilst the authors place themselves in this rational and non-emotional position, they deliberately coin the strongly-worded term vindictive protectiveness, which means ‘punishing people’ who interfere with the (admittedly atrocious) aim of ‘protecting students from psychological harm’. This is possibly a touch.. catastrophising, as CBT therapists might say.

Additional catastrophising themes include punishment and charges towards innocent victims (people who get called up on microaggressions). This is in spite of their earlier assertion that students should get themselves used to “words and ideas that they will inevitably encounter”, such as, for example, the idea that microaggressions exist and are damaging. Linguistically, microaggressions have now been reduced to words and ideas rather than oppressive actions, and also put on a par with common intellectual debate and discussion, which allows Haidt and Lukianoff to treat them as though they are the same thing.

This is something to bear in mind, as future posts will consider the content of their article, beyond some of its basic assumptions. To finish this particular analysis, readers will be left with one very telling quote about what the problem with microaggressions appears to be: “It is creating a culture in which everyone must think twice before speaking up, lest they face charges of insensitivity, aggression, or worse.”

So, to be clear, they are concerned about having to think before they speak.

As in, having to consider other people’s reaction to their words.

But Haidt and Lukianoff aren’t being oversensitive, of course.

What’s the Deal with Online Therapy?

Realities of What a Traumatised Teen Might Have on Their Resume

Realities of What a Traumatised Teen Might Have on Their Resume

Are We Afraid of Developing Technology for the Elderly