Why LGB rights are a Crucial Part of Feminist Values

byChey Heap
in LGBTQ, Social Work
0
ADVERTISEMENT
Share on FacebookShare on TwitterShare on LinkedinShare on PinterestShare via EmailShare on Reddit 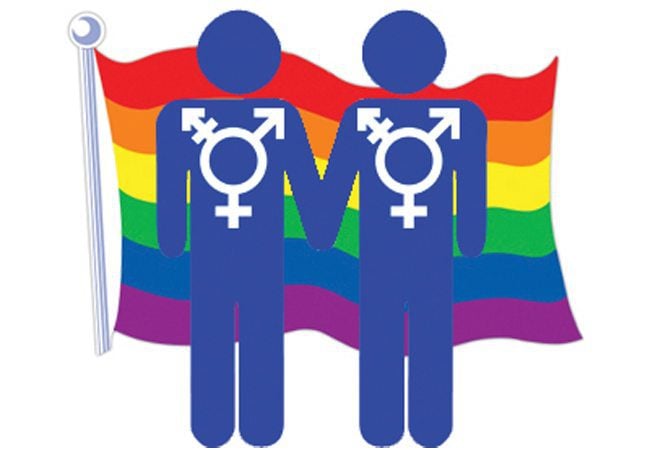 Identifying as non-straight, and identifying as a woman: they’re important political, personal and professional issues to think about. And, of course, we need to fight for the rights of both women and LGB (Lesbian, Gay, Bisexual) individuals. But are they different things?

I’m going to argue that LGB issues and feminism are not only similar, but heavily overlapping. I’m also going to argue that to be effective feminists we should actively be involved in the issues of the LGB community rather than seeing it as something niche, or something separate. Whilst some of this article overlaps with problems faced by the trans* community, the focus here is exclusively on sexuality.

Firstly, gay men are often stereotyped as being weak, flouncy, verbal, and being a sexual threat to straight men. Men as a sexual threat has long been part of feminist rhetoric. Gay men are also imagined to wear bright colours, take care of their appearance, and enjoy dancing, glitter and musicals – all typically feminine traits. This is gender stereotyping (a feminist issue). Additionally, such femininity is considered a ‘step down’ because femininity is inferior to masculinity (a feminist issue).

The gay community also has noted problems with misogyny, which is a clear feminist issue. This can include: disgust at the concept of vaginas (which may be considered a trans* and woman’s issue), misogynoir (misogyny directed at black women), and dismissive references to female hormones. Rapper Azealia Banks also calls out misogynoir from gay men  – whilst such problems have also been placed as part of general society and the need for feminism more widely.

Lesbian women, contrary to gay men, are stereotyped for having short hair, being butch (or tricking straight men for not being butch enough), dressing in a masculine style, and being fat and hairy (relating to not being “feminine”, therefore not being attractive) and hating men. These are all feminist issues.

Another feminist issue is that lesbians are often left out of conversations about being “gay”, politically and otherwise. Marriage equality is often called gay marriage, for example, which erases women and non-binary sexualities although not everyone agrees with this distinction. Lesbians are often over-sexualised, which is a feminist issue. The relative societal status of a relationship that doesn’t include a man – having lower household income because both potential wage-earners are women – is also a feminist issue.

Bisexual individuals (including pansexuality and other non-binary labels) often face discrimination and distrust. Bisexual men are often considered partway to “coming out” as gay (because if you’re attracted to both men and women, why would you step down into a female role by getting into a relationship with a man?). Bisexual women can be framed as keen on threesomes, and portrayed as desiring to please men with their same-sex interactions. The social policing of sexuality is a feminist issue. Feminism combats sexuality policing because it’s nobody else’s business what consenting adults get up to. Additionally, bisexuality is often called a “phase”.

Someone being told their sexuality is a “phase” is a feminist issue. This also includes people who define as asexual, as such individuals often lose ownership of their own sexuality.

Going feminism-first, the sexuality of feminists is often called into question. This is homophobic in of itself (to be feminist woman, you hate men, and to hate men, you must be a lesbian). Some of the arguments levelled at lesbians are the same as those levelled at female feminists: you must have been abused in the past, you need to find a good man, what’s wrong with men and why do you hate them so much?

Feminist men are often accused of just wanting to “get laid” (gender stereotyping) or are assumed to be  “white knights” (a clear feminist issue). Occasionally, feminist men may be considered “whipped” (a strange term, which on the surface seems to mean gender power role-reversal). The latter point links into toxic concepts of masculinity and gender norms (the idea that treating women as equals creates a power imbalance). These are bread-and-butter ideas for feminists.

In conclusion, due to societal norms, gender and sexual orientation are often treated like similar things. This means that LGB issues are feminist issues. They stem from gender norms and expectations, gender roles (and what happens when you violate these), and permissible expression of sexuality. People’s sexual orientation is couched in a world that privileges men – particularly prescribed stereotypes of masculinity that include power, control, hyper-libidinous behaviour and aggression.

If we are to be effective in supporting people across the gender spectrum, and support people in a feminist way, we had better start caring about LGB issues. This isn’t about waving the intersectionality flag for show, and catering to “niche” groups who happen to fall into the feminism of the (predominantly white) middle class. When it comes to LGB discrimination gender, sex and sexuality overlap so much that to care about feminism is to care about LGB rights.