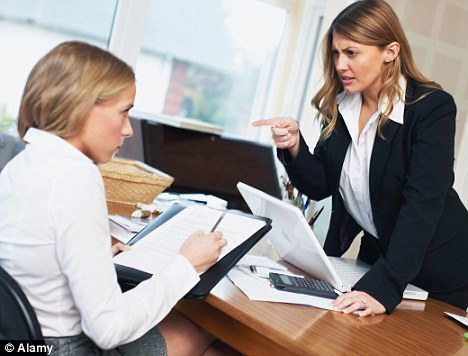 If you’ve ever been chewed out by your boss, or suffered through endless criticism and condescension from a colleague, you’re one of many people who have been a victim of workplace bullying. While certain harassment situations call upon employees to follow specific human resources protocol as determined by federal law, many employees have experiences that require them to make do with casual advice such as “Just stand up to them,” “Be more assertive,” “File a written record,” “Ignore it,” or “Quit.”

In a new study featured in the National Communication Association’s Journal of Applied Communication Research, authors Stacy Tye-Williams and Kathleen J. Krone identify and re-imagine the paradox of workplace bullying advice. They interviewed 48 individuals from a variety of occupations and found that targets of workplace bullying frequently offered advice they had received to other targets, despite believing that the advice either made no difference or had made their own situations worse.

Tye-Williams and Krone explored targets’ “tendency to adopt an exclusively rational response to what may be a highly irrational experience,” and bystanders’ and advice-givers’ inclination to lead individuals to believe they are single-handedly responsible for stopping a bully. While the authors acknowledge that the dilemmas and paradoxes associated with following advice related to workplace bullying are increasingly well-known, they note that the advice organizations receive to address bullying creates even more challenges as it “illustrated the constraints placed on attempts to operate more imaginatively and expressively within formal organizational boundaries.”

Study participants generally reported favorable views toward the advice they received from supervisors, co-workers, friends or family, or other resources, but also intense frustration when the advice was unrealistic, unhelpful, or downplayed their emotions and experience – which the authors say is problematic.

Ultimately, Tye-Williams and Krone argue that conventional advice is rarely sufficient to stop workplace bullying, especially as it fails to recognize the emotional nature of the experience and the need for a collective rather than individual response. They recommend validating the strong emotions associated with being bullied and creating “alternative spaces where targets and their allies can begin to imagine more potent options for disrupting cycles of workplace abuse.”

Exploring A New Approach to Anti-Bullying with James Gavsie

Resources to Make Math Fun and Engaging for 5-Year-Olds