Exploring A New Approach to Anti-Bullying with James Gavsie

byDeona Hooper, MSW
in Education, Parenting
0
ADVERTISEMENT
Share on FacebookShare on TwitterShare on LinkedinShare on PinterestShare via EmailShare on Reddit 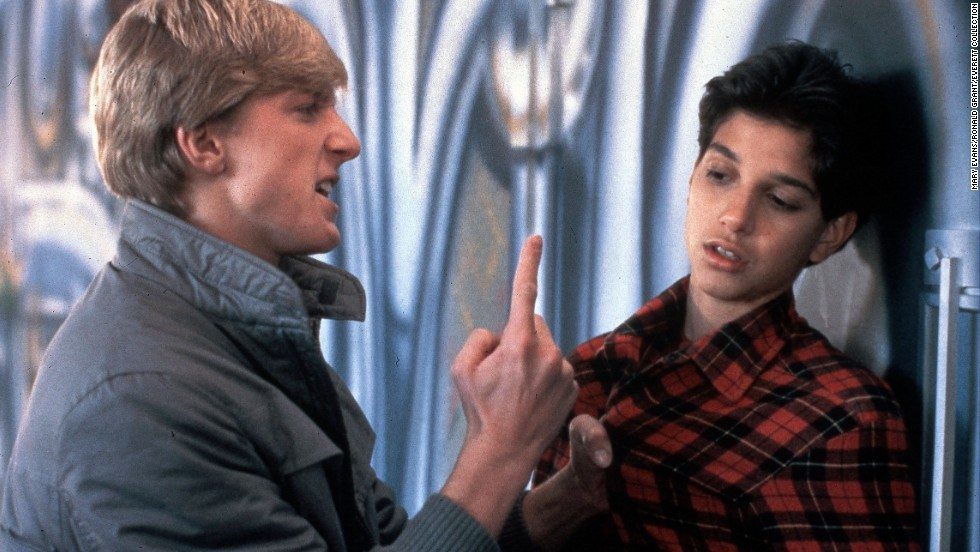 With the advent of social media and live streaming, public suicides of youth have pushed bullying and cyberbullying to the forefront, and adults are beginning to approach bullying with the seriousness it demands. According to Pacer’s National Bullying Prevention Center, one in every five students reported being bullied which means a large percentage do not report.

The Center for Disease Control reported victims of bullying are at an “increased risk for poor school adjustment, sleep difficulties, anxiety, and depression.” They also reported that those who engage in bullying behavior have an increased risk for substance abuse, academic problems, and/or violence in adolescence and adulthood.

Recently, I had the opportunity to interview James Gavsie, a renown martial artist, who students have included th Navy Seals, Secret Service, Drug Enforcement Agency (DEA), Army Rangers, Police Forces, and many more. As a young kid, James was often bullied, and he talks with me about his lived experiences and how his book Renegades Guide to Bullying was birthed.

SWH: Tell us a bit about yourself, and how Renegades Guide to Bullying came to life?

What can I tell you? I’m the biggest nerd I know and proud of it! I’m also a mixed martial arts instructor and have been studying and teaching martial arts, self-defense, etc., for well over twenty years. As a kid I was the ‘gentle giant’ who hated fighting and confrontation. As a result, I got bullied…a lot! I was an easy target.

As I got older, the physical bullying stopped but the social bullying continued. It wasn’t until my twenties that I was able to put everything into perspective concerning my bullying experiences. I realized that for a bully to be successful they needed their target to become their victim. As my mom used to say, ‘I don’t do victim!’ I took control of my emotional state and simply chose not to let someone have power over me at my own expense, which is what bullying is.

Years later when I opened up my martial arts business in Los Angeles, I started to have a good deal of clientele that would come to me asking for help with their bullying problems. What’s interesting is that it wasn’t just for kids and teenagers. Many adults asked me what they could do in the workplace to stop the bullying they would encounter. As a result, I started to notice that the questions being asked where very similar across the board regardless of the age or gender of the victim.

When my methods started gaining notice, I got the attention of several parent groups and spoke to a number of school administrations. I’m not anti-school by any means, but I do advise parents to take power and control into their own hands if the school administration doesn’t handle the situation properly and quickly. This didn’t sit well with some teachers in particular who proceeded to confront me by saying ‘Why can’t you just conform to the rules set in place? Why do you have to be such a renegade?’ It was at that point that I realized I had the name of my book and the Renegade’s Guide to Stopping Bullies was born!

SWH: What about your approach is different from other counseling and communication methods that you have come across?

My approach is different in that I take a VERY aggressive stance towards anti-bullying. I reject the ‘just ignore them’ or ‘tell them to PLEASE stop.’ methods so often described. The current so-called anti-bullying programs that many schools in North America have in place do little more than create a victim mentality for our children.

At the root of the problem is our reactive stance to bullying. Bullying WILL happen at your child’s school in some way, shape, or manner. Your child may be the target, victim, bystander, or the bully themselves. My approach acknowledges this and uses it to our advantage.

I help parents of kids who are at risk to bullying to set up a pro-active anti-bullying plan that uses a crowd sourcing, or team, methodology. Anti-bullying is a team effort, to say the least, and having a team that is ever vigilant is the way to go. Conversely, for those who are currently being bullied I do my best to connect with them first, and then to let them know that we will get the bullying to stop.

Once I have the confidence and buy-in from the victim of bullying I’ll go to work to come up with a solution that gets the bullying to stop, gives the victim the tools to make sure the bullying doesn’t happen again, and that also gets the bully to re-think their current behavior. I also recommend that parents model the behavior they want their kids to have.

We all want our kids to be strong individuals but we sometimes forget that they need to learn how to be that way by observing their parents doing it. This also develops pride children have in their parents which in turn helps to develop a more open relationship. Parents need to be in a position where their children will be open books to them. It can be done!

SWH: Does your approach address any reformation for the bully? If so, how?

In our society we are very much prepared to punish the villain. School bullies can easily be ‘overly villainized’. Who doesn’t feel the plight of the middle school student who is being physically, socially and/or cyber bullied relentlessly? We as a society want to punish the bully and we want to punish them harshly! However, what I’ve found over the years is that the bullies, even when they fully realize what they are doing, are unaware of the severity in which their bullying is received.

For example, Jack thinks saying bad things about Mario behind his back isn’t a big deal. Let’s call that a 2 out of 10 on the emotionally hurtful scale. However, Mario eventually hears what Jack said about him and it hurts him on the same scale at an 8 out of 10. Jack unintentionally bullied Mario at a much higher level than he intended, which is the case for most bullying. It doesn’t make it any less forgivable, but it does help us to understand that we need to work with Jack to develop a higher sense of empathy towards others as well as to work with Mario to help him understand to avoid allowing himself to be hurt to such a high degree.

I’ve been very fortunate in being able to reform bullies completely by helping them understand what kind of negative effect they unintentionally have on people because of their actions. What a lot of people may not realize is that a bully typically is intelligent, excels at one or more things, and can have some great leadership qualities. As I’ve mentioned to my clients before the best way to absolutely destroy a bully is to make them your friend. Imagine if a school bully became the school hero who helped others to fight back against bullying! We’ve done that on a number of occasions and it is a huge win!

SWH: What takeaways can teachers, practitioners, and parents incorporate into their toolbox for dealing with bullying?

Parents need to understand one VERY important fact; Schools, despite their best intentions, are not typically set up to properly handle bullying. This is not a put down of schools as they absolutely provide amazing value for families. It is simply shedding light on an erroneous assumption parents have had for decades. Assuming schools can properly handle bullying situations is like assuming the local hospital cafeteria can serve the best steak in the city.

Parents instead should be prepared to morally, ethically, and legally take matters into their own hands. Additionally, parents should place a high emphasis on E.Q. as well as I.Q. for their children. Intelligence should always be valued, but a child with a high emotional quotient will be better in command of their own emotional state while also being able to interpret the emotional state of others. The question I often ask parents, teachers, and members of the school administration is do we want our kids to be nice or to we ant our kids to be good? If our kids are nice there’s a high probability they will become an emotional doormat for other people. If our kids are good then they will want to be friends only with those who respect them.

SWH: Do you have any upcoming projects you would like to share, and how can people connecting with you?

I’ll be announcing my new crowd sourced anti-bulling program for schools shortly. We’ve tested it at one high school and the results were beyond anything we could have expected. So, stay tuned for that!

For those in need of quick solutions I recommend going to my anti-bullying blog at www.renegadesguide.com . Additionally, they should feel free to pick up my book, The Renegade’s Guide to Stopping Bullies, now available on Amazon.

LGBTQ+ Individuals at High Risk to Be Victims of Violence