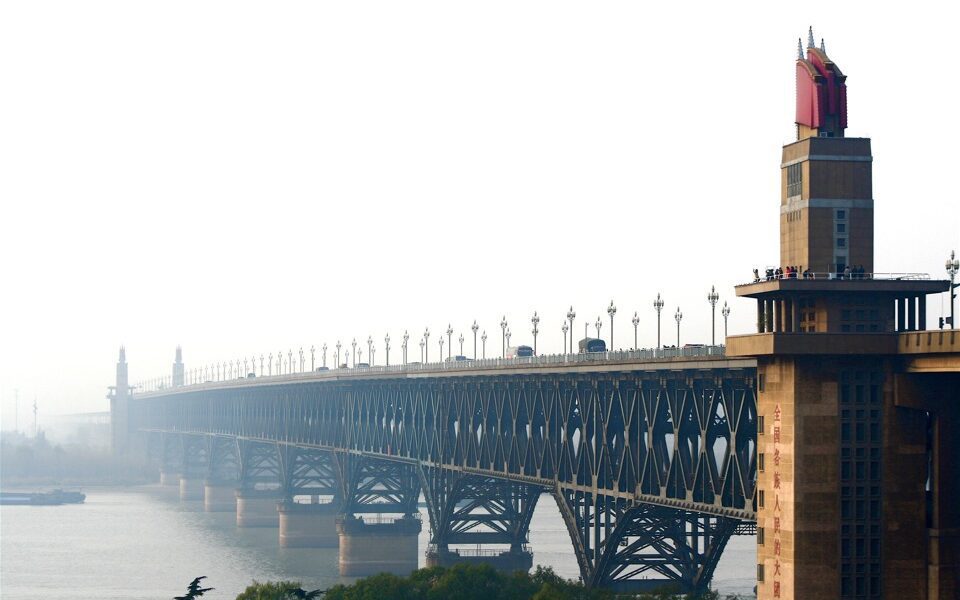 “I understand these people. I know they are tired of living here. They have had difficulties. They have no one to help them.” – Chen Si

Since the Nanjing Yangtze River Bridge was first built in 1968, an estimated 2,000 people have died from suicide involving the bridge. According to data from 1995-99, in China’s first national survey in 2002, death from suicide accounted for 3.6 percent of the country’s total deaths. During that period of time, 287,000 Chinese people died from suicide every year, putting the average suicide rate at 23 per 100,000 people.

Chen Si, also known as The Angel of Nanjing, has been patrolling this bridge every Saturday for more than 20 years and has managed to save more than 300 people from death by suicide. He is a 52-year-old father from Nanjing, the capital of Jiangsu province of the People’s Republic of China. Following the loss of a close relative to suicide, Chen Si has taken up this cause because someone needs to.

The relationship between mental illness and suicide is controversial in China. Those who follow traditional Chinese philosophy are not encouraged to express their feelings, nor are they encouraged to expect their environment to change to suit their needs. Therefore, intense misery and feelings of despair may go unrecognized, and suicidal symptoms are not easily detected by Chinese medical professionals. In fact, many doctors working in rural areas do not understand the symptoms of depression and often receive low salaries, which discourages more doctors from entering the mental-health field.

A 2002 survey also revealed that 88 percent of females who died from suicide used agricultural pesticides or rat poison. Although China initially eliminated highly toxic pesticides to improve the safety of its farm produce, the elimination also had a substantial impact on the reduction of deaths from suicide among women. Research shows that men tend to attempt suicide through violent means such as hanging, whereas women tend to attempt suicide with medication. Overall, most studies indicate a decline in suicide rates among all gender and regional categories in China. The studies also recommended targeted suicide prevention programs, particularly for people in rural areas.

Women’s freedom, urbanization, and decreased access to toxic pesticides are key reasons behind the decline in suicide rates. According to Jing Jun, a professor at Tsinghua University in Beijing, “female independence has saved a lot of women.” The founding of New China in 1949 in combination with the opening-up policy in the late 1970s and the continuous growth of China’s economy has led to more equitable opportunities for women. Additionally, urbanization removed certain social constraints leading to more freedom for women. For instance, escaping an abusive partner or household may be easier in a city than in a small village.

Despite a decline in death by suicide rates in China, this is an area that we should pay more attention to. Chen Si acts as an angel, but he cannot do this work alone. He hopes that officials consider building a net across the Nanjing Yangtze River Bridge to prevent deaths by suicide.

The Crisis Intervention Centre, the first of its kind in China, was established by Nanjing Brain Hospital to provide psychological advice and support to Chinese people. The Centre also has a hotline, which can be reached at 862583712977.

Facebook and other social media platforms also offer many virtual support groups for individuals experiencing hardship. The National Suicide Prevention Lifeline at 1-800-273-8255 is a 27/4, free and confidential resource to support people in distress, prevention, or in an active crisis. Users should utilize the translate function on these web pages to adjust for language barriers, if necessary.

Ivana Boyd (she/her) is a Staff Writer for SWHelper and is a current MSW student on the Macro track at Boston University School of Social Work. Ivana is passionate about youth justice, racial equity and advocacy. View all posts by Ivana Boyd