bySWHELPER
in Economy, News, Social Justice
0
ADVERTISEMENT
Share on FacebookShare on TwitterShare on LinkedinShare on PinterestShare via EmailShare on Reddit 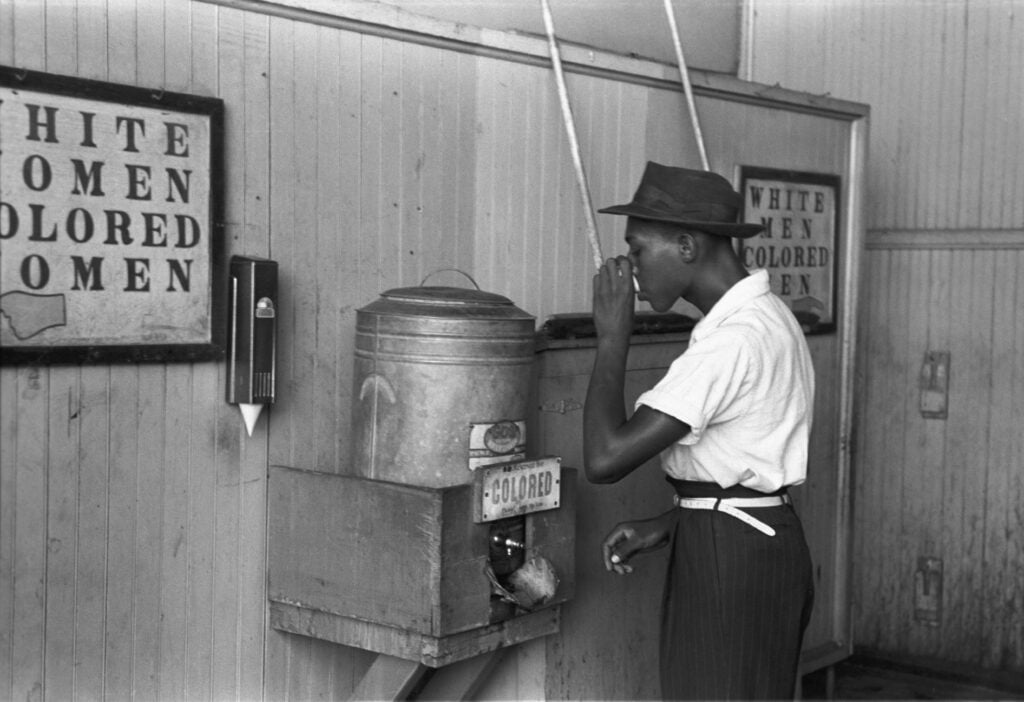 A new study provides the best evidence to date that prove the preferences of white consumers helped drive private businesses to discriminate against Black customers before the Civil Rights Act of 1964.

The results suggest that racially discriminatory practices – such as motels and restaurants not serving Black travelers – would not have ended without federal legislation.

“While others have proposed that white consumers played a major part in limiting the expansion of nondiscriminatory businesses, our study is one of the first to have the data to provide evidence of that,” said Trevon Logan, co-author of the study and professor of economics at The Ohio State University.

The study, published recently in the Quarterly Journal of Economics, was co-authored by Lisa Cook of Michigan State University, Maggie Jones of Emory University, and David Rose of Wilfrid Laurier University.

The data that allowed the researchers to show white consumers’ influence on business practices came from The Negro Motorist Green Book, a travel guide for African American motorists published from 1936 to 1966. The Green Books listed hotels, restaurants, gas stations, and other businesses that were friendly toward Black consumers.

The researchers spent several years geolocating the businesses in the Green Books, pinpointing exactly in which county of every state each business was located.

“It is clear that Black consumers did not take equal service as a given, even outside of the South,” Logan said.

Results showed that counties with more Confederate monuments, residential segregation, and lynchings had fewer Green Book businesses – likely because of the discrimination and hostility that Black people felt in those counties, he said.

On the other hand, the number of Green Book businesses per Black resident in a county rose with Black and white educational attainment, higher wages, and more political organization by Black residents.

But perhaps the most significant finding, Logan said, was the role of white consumers in perpetuating discrimination by businesses.

“There may be a restaurant that has no desire to be racially discriminatory, but they’re afraid they’re going to lose the business of white customers to the restaurant across the street, which is still discriminatory,” Logan said.

“So the result is that nearly all the restaurants in town remain discriminatory.”

One way this could be reversed – at least partially – would be if the number of white people fell in a county relative to Black people so that white consumers would have less power.

The researchers tested this idea in a novel way. More than 400,000 Americans lost their lives in World War II, which meant that some counties lost a significant portion of their population due to the war.

If counties lost enough white residents relative to Black residents, researchers theorized, that should mean that businesses would have fewer potential white customers – and thus may be more likely to want or need Black consumers.

And that’s what Logan and colleagues found. Across the United States, a 10% increase in white World War II deaths in a county led to a 0.65% increase in Green Book establishments in that county.

To further test this, the researchers also analyzed migration of Black residents to northern states after World War II to look for jobs.

Logan said the results showed that motels, restaurants, and other businesses did respond to market conditions and were less discriminatory against Black consumers when it could help their financial bottom line.

But he emphasized that changes found in this study were quite small, and market conditions alone would have never given African Americans full equal access to services.

“Our results show that African Americans would have never achieved equality without the legal intervention of the Civil Rights Act,” Logan said.

“Access to public accommodations is not only reflective of market forces and profit.  It is also related to politics and citizenship. African Americans only achieved equal access through federal legislation.”

Portions of this research were supported by the National Science Foundation.