Jane Doe alleges that hotels knowingly benefitted from a venture they knew or should have known was sex trafficking. 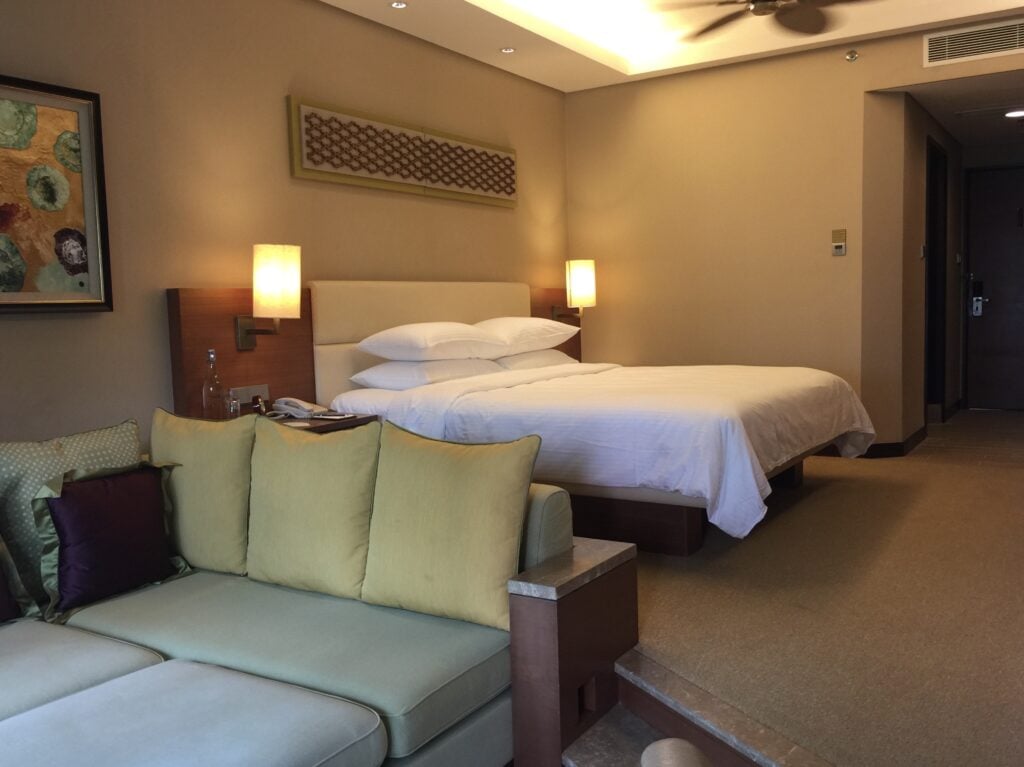 On November 14, 2022, Benoit Law Firm, PLLC, joined by Levin Papantonio Rafferty (LPR), filed a lawsuit against Red Roof Inns and Red Roof Franchising, LLC, and other local hotel entities on behalf of a survivor of a severe form of sex trafficking. Allegations by “Jane Doe” include that she was sex trafficked, sexually exploited, and victimized by traffickers at a Red Roof Inn brand hotel, as well as several local hotels and motels, the Defendants. The Plaintiff states that the Defendants, including Red Roof Inns corporation, knew or should have known about the occurrence of sex trafficking on these properties and turned a blind eye.

According to research published by Cornell University School of Hospitality, 45% of sexual exploitations in New York City occurred in hotels, including the Ritz Carlton and the Plaza. A Polaris Project survey reported that 75% of sex trafficking survivors who responded came into contact with hotels, including desk and service personnel, while they were exploited. Of the 75% of sex trafficking survivors who came into contact with hotels, 94% reported they did not receive any form of assistance, concern, or identification from hotel staff.

The entire range of hospitality industry types—from the “no-tell motels” to the “high-end” hotels—facilitate and benefit from their roles as the venues of choice for sex trafficking acts. This lawsuit against Red Roof Inns aims to move the needle of hospitality businesses’ accountability in the increasing pervasiveness of sex trafficking on hotel/motel properties.

The Complaint was filed in the United States District Court Eastern District of North Carolina (Case No. 4:22-cv-00139-BO) under the Federal William Wilberforce Trafficking Victims Protection Reauthorization Act (TVPRA) of 2008.

“Jane Doe” suffered her experience as a sex trafficked victim in various hotels and motels in Fayetteville, NC, including the Red Roof Inn® by Red Roof, Coliseum Inn, Cardinal Inn & Suites, Crown Inn, and Airport Inn Budget Motel–but her same fate can befall any child, woman, or man in any town and any country.

“Until it costs more to look the other way, we can expect the same behaviors again and again.” – CARISSA PHELPS, ATTORNEY, LEVIN PAPANTONIO RAFFERTY

“Human trafficking harms individuals, families, and society beyond measure,” said Carissa Phelps, attorney and survivor leader at Levin Papantonio Rafferty. “The dual purpose of civil lawsuits in North Carolina and across the United States is to first seek justice for survivors. In doing so, we secondarily hold accountable businesses like hotels and motels that too often facilitate and benefit from the horrors of sex trafficking.

“It comes down to a choice of what is more expensive or profitable–protecting victims who seem to be thrown away from society or looking the other way?” Phelps added. “Until it costs more to look the other way, we can expect the same behaviors again and again.”

Doe Was Advertised Online and Harbored for Sex in Hotel Rooms

Doe became a victim of a “severe form” of human trafficking in 2019 after two affiliated individuals groomed her and used tactics of force, fraud, and coercion to force her into commercial sexual exploitation. Throughout this time, Doe suffered “violence, trauma, brutal beatings, exploitation, manipulation, threats, isolation, humiliation, and degradation,” the Complaint states.

Against Doe’s will, traffickers advertised her on a website “well known for human trafficking,” the Complaint alleges. She was commercially sexually exploited and physically tortured at various hotel properties in Fayetteville, NC, including the Red Roof Inn® by Red Roof, Coliseum Inn, Cardinal Inn & Suites, Crown Inn, and Airport Inn Budget Motel. Within these rooms, while hotel operators and staff looked the other way, Doe was maintained and held for the purpose of commercial sex between five and ten times a day.

Red Roof Inns, a publicly traded company, provides franchise opportunities for its hotel and motel brands through Red Roof Franchising, LLC. The former is considered one of the fastest-growing franchises in 2017 and has around 650 branded properties across the globe. The additional Defendants in the lawsuit include local managers and motel owners where Doe was trafficked.

The attorneys representing Doe aim to hold the hotel companies accountable for benefiting from Doe’s sex trafficking through, among other things, room rentals to traffickers and buyers. “Human trafficking is a scourge across this country, and North Carolina is no different,” said Dexter Benoit, founder, and managing partner of Benoit Law Firm. “The purpose of the lawsuit is to hold accountable those who benefit from this horrible practice. We look forward to seeking justice for our client.”

Hotels Knew or Should Have Known of the Sex Trafficking

According to the Complaint, the Brand Defendants in this lawsuit had access to information that could have protected Doe. The hotel staff failed to use the resources and powers it had to protect sex trafficking victims, including Doe, from being trafficked at their property. Red Roof Inns, the Brand Defendant, allegedly had at its disposal public police reports and news reports, as well as internal documentation from customers and employees regarding sex trafficking at multiple Red Roof Inns at its growing brand of hotels across the country.
Local operators also allegedly ignored and/or defended the numerous online customer reviews of the properties referring to the prevalence of obvious prostitution and pimp violence at their properties.

In addition, by failing to train employees to recognize, report, and respond to signs of sex trafficking, the Defendants in this lawsuit further enabled the perpetuation of Doe’s suffering. “One of the hotels mentioned in the lawsuit exists in a high crime area, yet the staff training it provided to prevent human slavery amounted to a mere 10 minutes,” said LPR Attorney Chris Tisi. “Certainly, a life is worth more than that.”