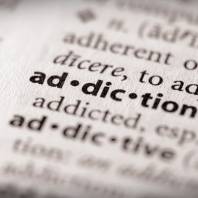 There are tons of compulsive behaviors that people now refer to has addictions such as sex, gambling, shopping, internet, video games, eating, TV, cell-phones, pornography to name a few.  However, calling these behaviors addictions is a relatively new phenomenon.  Someone referring to themselves as a “sex addict” was virtually unheard of before the 1970’s.

Are these behavioral issues really addictions? The answer depends on how one defines an addiction. When speaking of addiction, substance abuse and dependence usually come to mind first. Determining if someone has a substance abuse problem typically depends on the presence of 3 criteria which consist of tolerance,withdrawal and continued use despite negative consequences.

However, when it comes to compulsive behaviors the answer is not so clear cut. Recently, a brain study of so-called “sex addicts” failed to show similar findings to those seen in substance abuse studies.  This calls into question whether compulsive behaviors related to sex, shopping, and gambling should be labeled as addictions. Articles have already piggy-backed off the study and poked fun at the idea that Tiger Woods and similar celebrities don’t have a “real excuse” for their identifying as sex-addicts any more.

We currently know that compulsive behaviors probably don’t develop in the brain the same way as drug addiction. However, we must exercise caution. Despite, this particular study showing no neurological link, we should not exclude the possibility that an undiscovered connection. It also doesn’t mean we should undermine the experiences of people dealing with these behavioral issues. There is no doubt that people with behavioral compulsions can suffer from extreme loss of functioning.

To assert the individuals have full control over their behavior because there is no discovered neurological link may be detrimental in accessing treatment. When a gambler spends more and more money (tolerance), has anxiety build up when not gambling (withdrawal) and loses their home (negative consequence), there is a clear lack of control and compromised choosing of behavior.  When looking at tolerance, withdrawal and negative consequences, these behavioral compulsions fit the definition of an addiction.

If people with compulsions for sex, shopping or gambling have similar loss of functioning to drug addicts, then why do we need to put them in a different category? Since it is unclear if these behaviors have the same biological basis as drug addiction, we don’t know that substance abuse interventions would be the best treatment for these problems.

If we assume that substance abuse and compulsive behaviors are the same, we risk missing biological components that may be specific to each disorder. As long as research continues in this area, a pathway for compulsive behavior problems could be discovered and provide direction about medications, therapy and specific brain regions involved.

Jessica Spence, MC, NCC, LPC, LCAS-R is the Mental Health and Wellness Staff Writer for Social Work Helper, and she is also a Licensed Professional Counselor with Tree of Life Counseling in Greensboro, North Carolina, US. She is a National Certified Counselor and is registered with the North Carolina Substance Abuse Professional Practice Board. She also participates in The Secular Therapist Project. View all posts by Jessica Spence