byHillary Closs
in Social Work, Technology
0
ADVERTISEMENT
Share on FacebookShare on TwitterShare on LinkedinShare on PinterestShare via EmailShare on Reddit 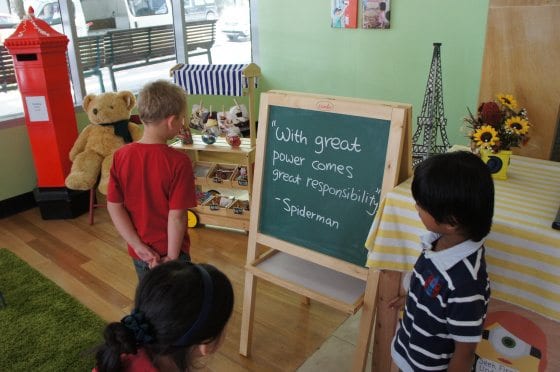 The creation of social networking sites (SNS) has sparked a new era of communication. We now have endless resources to interact with the world around us, giving new meaning and purpose to the way we share information with others. How, why, when, and who we communicate with changes every day as new technologies and tools are developed. Even though it feels like these tools have been around forever, I made my first MySpace account in 2004. We have only just begun to see the impact of social media on human interaction.

While major social networking sites like MySpace, Facebook, and Twitter were developed primarily for personal use, both public and private entities have tapped into the bottomless barrel of benefits reaped from having an open audience right at their fingertips. Companies, organizations, and non-profits alike have ventured into the flashy frontier of social media, each using SNS’s to their advantage. On any given day you can log into Twitter and see trending topics and #hashtags, representing the wide variety of social media use for promoting both products and services.

To demonstrate the truly diverse nature of how SNS’s are used, today’s featured #hashtags applaud Denver Broncos Quarterback Peyton Manning for his 2013 season-opener performance, promote Europe’s biggest tech show IFA taking place in Berlin, and connect One Direction fans around the world with the announcement of their new album Midnight Memories. Social media is being used for marketing, advocacy, and community building in ways that were not possible before the creation of these tools, giving new power and privilege to the digital dwellers.

As Peter Parker’s wise uncle said to the soon-to-be Spiderman, “with great power comes great responsibility”. This wise words should also offer some strong advice and guidance to those who wish to take on social media in the professional world. There are serious legal, ethical, and policy implications of social media use in the workforce that should be taken into consideration before ”jumping on the bandwagon” of using information and communication technologies (ICTs).

Especially if your clientele includes vulnerable, at-risk, or culturally diverse individuals,  your social media policy should reflect the carefully thought out procedures your team developed to make sure that your entire audience can read your tweets and like your posts without any kind of undue harm or risk. If you had a mini-panic attack or downright confusion at the mention of “social media policy,” this might be a great opportunity to evaluate your own organization’s professional strategy for using these tools and lay out your goals before you sharing another cartoon meme or tweet more pictures of your adorable kitten.

Social networking sites can be an asset to sharing your message or getting your product out there, but please use them responsibly.

Hillary Closs, LMSW, is regular contributor for Social Work Helper and the National Youth in Transition Database (NYTD) Project Coordinator at the Center for Technology in Government at the University at Albany, SUNY. NYTD is a collaborative project between the Center for Technology in Government and the New York State Office of Children and Family Services (OCFS). She received her MSW from the School of Social Welfare at UAlbany, where she was also a co-host for The Social Workers Radio Talk Show with Kathryn Zox.