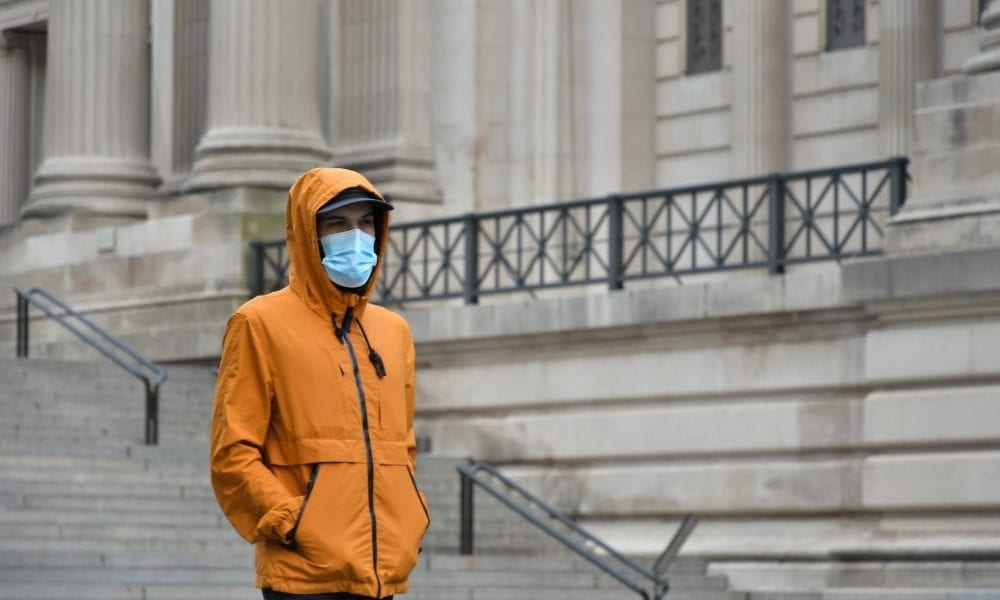 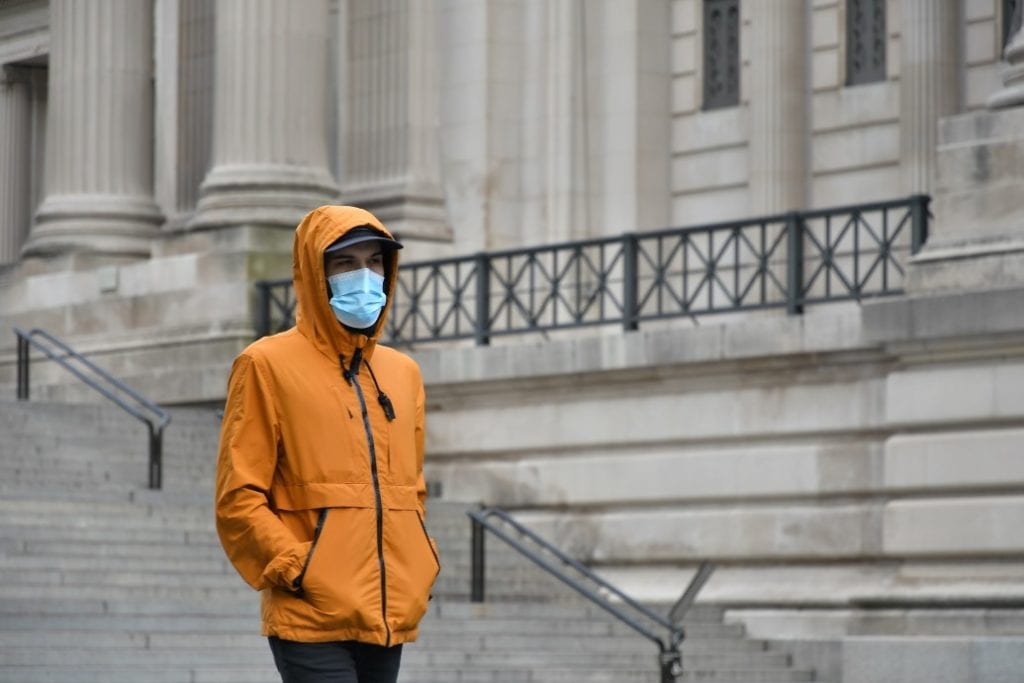 When it comes to Covid-19, unlike manliness, different approaches can be measured objectively by numbers of cases and deaths. By that measure, the heads of state who imposed isolation measures early, relying on medical experts, clearly saved lives in places such as New Zealand, Germany, and Taiwan. Those countries’ leaders are female and have drawn attention. But, another factor is this: being women, those leaders do not carry the baggage of worrying about their manliness.  They are free to respond to a major problem dispassionately, based on “sober judgment” and without regard to bravado.

It can take more strength to tell people not to act than to encourage their aggressiveness. The leaders who imposed swift quarantines showed such strength. The adverse economic impacts of curbing movement and commerce were easy to anticipate, but the upside was not clear: what if the quarantines did not prove effective in reducing virus transmission and death?

“Cover Your Face in Public,” a large highway sign instructs drivers entering Manhattan. “We are NY Tough,” reads the next digital panel.

Nice try, communications team, but when President Trump consistently derides mask-wearing as “weak,” equating it with toughness is a hard sell.  Yet the sign-writers evidently believed that to counter the “weak” narrative, only “tough” would do.

Sociologist Michael Kimmel has written that “the story of America [is] a story of proving and testing manhood.” In the late 1890’s, for example, when President William McKinley sought to avoid war with Spain over its brutal treatment of Cubans, Theodore Roosevelt, then a Navy bureaucrat, accused McKinley of having “no more backbone than a chocolate éclair.” Jingoist newspapers agreed, calling McKinley a “goody-goody man”—or no man at all. The New York Journal published a cartoon depicting McKinley as an elderly woman pushing a broom against the will of Congress and “The People,” represented as menacing ocean waves. The caption read “Another Old Woman Tries to Sweep Back the Sea.”

Roosevelt and other hawks declared that war against Spain would strengthen American men, who had become too “soft” in their view. If men were stronger, the argument went, women would give up their quest for the vote and focus on being wives and mothers, satisfied that the nation was in good, manly hands. War did take place in summer 1898, and the quick trouncing of Spain ushered in a hyper-aggressive standard of masculinity that still holds sway with many—though women hardly forsook the vote and participation in public life.

In the face of the threats we’re confronting today, including a pandemic, it is important to remember that even in the 1890s a large number of men did not support a martial definition of manliness.

Senator David Hill of New York, for example, asserted that whether to fight Spain was not “simply a question as to whether we were a brave enough people to enter upon the experiment.” As historian Kristin Hoganson writes, Hill “and like-minded leaders regarded the Cuban issue not as a crusade but as a policy issue to be settled by sober statement and foreign policy authorities. In effect, they contended that the kind of manhood that should govern foreign policy debate was…that of the dispassionate, educated expert, someone who exercised restraint and sober judgment.”

That sounds a lot like the debates over how to respond to Covid-19: medical expertise and the virtues of compassion and restraint versus assertions of individual “freedom” to do as one pleases.

Today, few officials would argue that a course of action is right because it is “manly.” A statement such as ”I want American manhood asserted” (Sen. William M. Stewart, R, Nev., speaking in 1897) would be considered as retrograde in 2020 as “men working” signs.

But concerns with manliness still influence our politics. They are more coded, especially in the language of President Trump, who has resurrected Roosevelt’s least estimable traits by portraying life as a struggle between the strong and the weak. Jeff Sessions was “very weak” and not “being a man” when he decided to recuse himself from the Russia investigation. Gov. Gretchen Whitmer is “that woman from Michigan.” Amid the current wave of protests triggered by the death of George Floyd, he is pushing for governors to “get tough” and telling them, “most of you are weak.”

Trump is not the only male leader to insert coded manliness concerns into the Covid-12 debate. When Texas Lt. Gov. Dan Patrick said he was willing to die to save the economy, that also echoed Roosevelt. Faced with an enemy unbeatable through physical force, Patrick turned to dying for his country as a supposedly heroic option.

Yet Covid-19 teaches that strength is not the same as physical power, nor is strength male or female. Those who insist on characterizing Covid-19 as an enemy in a war must accept that in this war, the men and women who made us stand back may have shown the strength we most need.