byNils Muižnieks
in Global, Human Rights, LGBTQ, News, Sports
0
ADVERTISEMENT
Share on FacebookShare on TwitterShare on LinkedinShare on PinterestShare via EmailShare on Reddit

Lesbian, gay, bisexual, trans and intersex (LGBTI) children are often victims of bullying and violence in schools, at home and via social media. This has a serious effect on their well-being and prevents openness about their personal identity. Like all children, LGBTI [i] children are entitled to enjoy human rights and require a safe environment in order to participate fully in society.

According to a survey carried out by the EU Agency for Fundamental Rights (FRA), at least 60%  of LGBT respondents had personally experienced negative comments or conduct at school because of their sexual orientation or gender identity. 80% had witnessed negative comments or conduct as a result of a schoolmate being perceived as LGBT. Given the frequency of negative behaviour directed at LGBT students, it is not surprising that the survey also found that two out of three LGBT children hid their LGBT identity while at school. 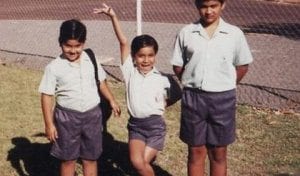 This situation is unacceptable. It puts a heavy burden on LGBTI children, many of whom are at high risk of suicidal behaviour. According to an Irish study, over half of LGBT respondents aged 25 or younger had given serious consideration to ending their lives.

It is clear that bullying affects LGBTI children’s educational achievement and impedes their right to education without discrimination, in addition to their right to enjoy the highest attainable standard of health.

School should be a safe environment for all students. The European Court of Human Rights has made it clear that homophobic speech in educational settings is not protected by the European Convention’s guarantees of free expression. Confronting homophobic and transphobic intimidation requires continuous and focused attention from schools and educational authorities. UNESCO and the International Lesbian, Gay, Bisexual, Transgender and Queer Youth and Student Organisation (IGLYO) have provided detailed guidance on effective responses. Ireland has introduced legal requirements and a mandatory policy for addressing homophobic and transphobic bullying in schools, along with a concrete action plan.

Children have the right to receive factual information about sexuality and gender diversity. Anti-bullying efforts should be supported by education on equality, gender and sexuality. The UN Special Rapporteur on the right to education has highlighted children’s right to comprehensive sexual education without discrimination on grounds of sexual orientation and gender identity. It is necessary to question stereotypes about gender and sexuality in schools. The European Committee of Social Rights has found a violation of the European Social Charter with reference to teaching materials which were “manifestly biased, discriminatory and demeaning, notably in how persons of non-heterosexual orientation are described and depicted”.

The protection of children is sometimes evoked as an argument to block the availability of information about LGBTI people to children. The Venice Commission has stressed that such arguments fail to pass the essential necessity and proportionality tests required by the European Court. There is no evidence that dissemination of information advocating a positive attitude towards LGBTI people would adversely affect children. Rather, it is in the best interests of children to be informed about sexuality and gender diversity.

Many LGBTI children experience prejudice and violence within their own families. The acceptance of LGBTI children is still difficult for many parents and other family members. The FRA survey found out that 35 per cent of young adults were not open about being LGBT within their family.  In Montenegro, I visited a shelter and a social centre for LGBTI persons where I met young people who had been rejected by their families and forced to leave their homes. The NGO running the facility was engaged in mediating between the families and LGBTI persons, and had achieved family reconciliation in some cases.

When they are forced to leave their families, young LGBTI people are at high risk of becoming homeless. Research from the UK suggests that up to 25% of homeless youth are LGBT. The current economic crisis makes it even harder for homeless young people to find a job and shelter. When LGBTI youth cannot rely on the support of their families, the result can be long-term marginalisation with a high cost to individual health and well-being. The Albert Kennedy Trust in the UK runs both temporary shelters and more permanent accommodation options for young LGBTI persons along with social and vocational support. Municipal and state-funded services for homeless people should also strive to welcome homeless LGBTI youth.

Trans and intersex children encounter specific obstacles when exercising their right to self-determination. As minors, trans adolescents can find it difficult to access trans-specific health and support services while intersex children are often subjected to irreversible “normalising” treatments soon after birth without their consent. The legal recognition of trans and intersex children’s sex or gender remains a huge hurdle in most countries. Children are rights-holders and they must be listened to in decision-making that concerns them. Sex or gender assigning treatment should be based on fully informed consent.

LGBTI children share many common problems. In their “Vision for 2020”, trans and intersex youth in Finland gave high priority to the right to grow up in a safe environment, as well as the right to information. They also stressed “the right to a legally secured life as an equal member of society” and called for inclusive equal treatment legislation.

This vision for the future should be today’s reality. Governments already have a duty to empower and protect LGBTI children. Respect for children’s views and the protection of the best interests of the child are clearly laid out in the UN Convention on the Rights of the Child. Human rights apply equally to LGBTI children without discrimination.

LGBTI children should be able to exercise their participatory rights in all areas of life. Access to information is a basic condition enabling participation and decision-making. At the same time, LGBTI children must be protected from violence and bullying at home, in schools, on the internet, in sports and in public spaces. Child protection services, children’s ombudspersons and the police should make particular efforts to include LGBTI children in their outreach. Governments need to take systematic action to improve the safety and equality of LGBTI children.

[i] This Human Rights Comment is inclusive of lesbian, gay, bisexual, trans and intersex (LGBTI) children under 18 years of age. The acronym “LGBT” is used when reference is made to research which does not explicitly include intersex people.