The Outrageous and Rampant Gender Discrimination in Women’s Soccer

byDaniel Myrick
in Culture, Sports
0
ADVERTISEMENT
Share on FacebookShare on TwitterShare on Linkedin 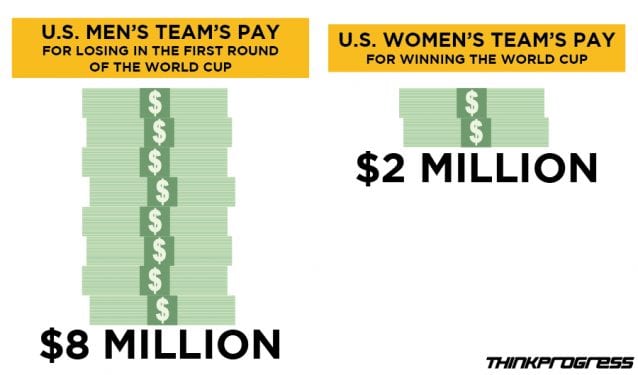 The Godfather
In 2004, FIFA president Sepp Blatter said that women of soccer should wear more feminine clothes, “tighter shorts . . . a more female aesthetic.” And then, in 2012, the self-proclaimed “godfather” of women’s soccer didn’t recognize Alex Morgan at an awards ceremony, even though she was the U.S. Soccer Player-of-the-Year and FIFA Player-of-the-Year finalist.

Senior Executives
FIFA excludes women from senior administrative positions. A CNN report from last year uncovered systematic exclusion of women from FIFA leadership roles. Three women resigned from the International Governance Committee, one of which cited that she was told to stop recommending women for leadership roles.

Turf Wars
Last year, a gender discrimination suit was filed by 84 female soccer stars over the “turf wars” regarding the decision to have the Women’s World Cup played on artificial turf, despite the fact that the Men’s World Cup has always been played on grass. FIFA did not take the accusation seriously and ultimately the ladies had no time to wait for a lawsuit to go through without jeopardizing the entire cup. In order to not jeopardize the tournament being played at all, they were forced to drop the suit.

FIFA’s numerous outrageous claims began with the statement that artificial turf poses no serious health risk and is “the future” of soccer. The proposed lawsuit, in line with conventional wisdom in every other sport, argued that the “surface is widely recognized as inferior in international soccer” and comes with numerous health risks. Then, FIFA made a decision in the aftermath of the dropped suit to replace the BC Place turf with “newer better turf.” In other words, FIFA planned for the pre-eminent women’s soccer event to be played on substandard turf up until the controversial threatened lawsuit.

A third appalling, and lesser told, part of the shelved lawsuit was FIFA threatening players with retaliation of suspensions for bringing up the grievance.

A fourth absurdity, FIFA refused to ever discuss the situation, claiming that they “had not been served papers” and were not even aware of the lawsuit. That’s as if to say that, since they weren’t served papers, they weren’t aware of the issue or grievance to be able to address it at all. Well, they did address the issue enough to call it “nonsense.” So much for transparency.

How much weight do any FIFA claims hold in light of such behavior?

Last year, one of the few Blatter fans, New Zealand columnist Chris Rattue, asserted that women are genetically inferior and should have different playing surfaces, among many sexist attitudes. Such claims about genetics are frequently made, albeit somewhat controversially. It doesn’t take a doctor or physicist, much less a talking head, to figure out that men and women are different physiologically. To that end, however, even CDC and WHO give equal gender treatment in not assigning differences of overweight threshold or body mass index between men and women.

There’s little point in giving any rebuttal to Rattue’s comments when even his truest statement is completely ridiculous. Discussing women’s physiques at all connotes marginalization. Statements like “top-level women’s football will never be as good to watch as top-level men’s football” certainly provided good fodder for the hilarious point by point rebuttal from ESPNW. Though the article was championed, the perplexing fact that there is such a thing as ESPNW could be considered discriminatory on its own accord.

The War Intensifies
So, the World Cup went on despite some drama, and it was all sunshine and roses. The U.S. was, again, amazingly successful, winning the cup for the third time. Shortly after, the clouds rolled in and the roses withered.

All the women’s teams that reached the World Cup received a combined total of $15 million, whereas the men’s teams that lost in the first round last year made $8 million each. Meanwhile, FIFA had $30 million to spend on a widely ridiculed, critical failure of a movie about their ruling class. FIFA also had money issues that resulted in the Justice Department bringing racketeering charges against nine FIFA officials, along with an FBI investigation of corruption in the awarding of host cities for the 2018 and 2022 World Cup. A lot of money to go around, yet the women seem to get none of it.

To get even deeper, FIFA is not alone in extreme discrepancies. Women overall run 30 percent of the world’s businesses, but only 5 percent of the largest ones, even though the most successful businesses are run by women. As far as business is concerned, soccer remains the most glowing example of inequity, even outside of FIFA. Professional women players in the U.S. make $6,000 to $30,000 annually, while men make an average of $207,000. The men’s league minimum salary is $60,000, or double the maximum salary for women.

Consider a few more mind-boggling statistics. The top earning male in the world, Ronaldo, makes $19 million per year (before endorsements and other activities that come with the benefit of being a well-marketed individual). Meanwhile, the top four highest paid women’s soccer players in the world make a combined $745,000 per year. That income gap is so horrifically high that even the occupations with notoriously big pay disparities, such as surgeons, are light years ahead of soccer.

What’s more appalling, the problems of sexism in soccer worldwide have made U.S. problems seem minor. In the U.S., we have Title IX, while the rest of the world is not nearly as progressive. By comparison, some African nations use soccer to push the masculine dominance of society. People actually view women as a challenge to masculine authority and that has started a war of violent repercussions. Also, sexual exploitation and soccer have gone hand-in-hand recently. The South African sex trade was reported to be exploited in the 2010 World Cup and legal prostitution rings in Germany targeted World Cup 2006 sites with “sex huts.”

Another weird twist to the timing of all this was that this past May, FIFA announced an updated task force of discrimination monitoring for review of all the qualifying teams for the 2018 World Cup. The article only refers to race, not gender, and no mention if FIFA uses their own system to check themselves. This August, presumably in response to criticism, FIFA created a task force dedicated to inclusion in terms of governance, competition, and business. That’s a dramatic turnaround from last month when FIFA declined to give equal treatment by not tweeting from the standard World Cup Twitter and only tweeted from the gender-specific account.

Changing the Pattern
FIFA’s claim on the pay gap is that it is based on the revenues received. Is the revenue for women’s soccer that bad? Well, women’s soccer has received little-to-no fan support and two professional leagues have folded already.

Considering Rattue’s comments that no one watches women’s sports, maybe that’s because they’re relegated to being on ESPNW and don’t get nearly the lucrative television markets or news coverage. Starting with integrating media and giving primetime slots on the major networks, maybe women’s sports can be taken seriously.

In 2014, women’s sports received 2-3% of media time, whereas in 1989, women received 5% of airtime even though women’s sports have grown drastically over the last 25 years. There is some hope that the World Cup victory will rejuvenate that market, however the U.S. women have already been hugely successful in every World Cup and the professional leagues have failed. Bluntly put, women’s soccer needs more equality in media exposure to change the culture or it will quickly become irrelevant again. 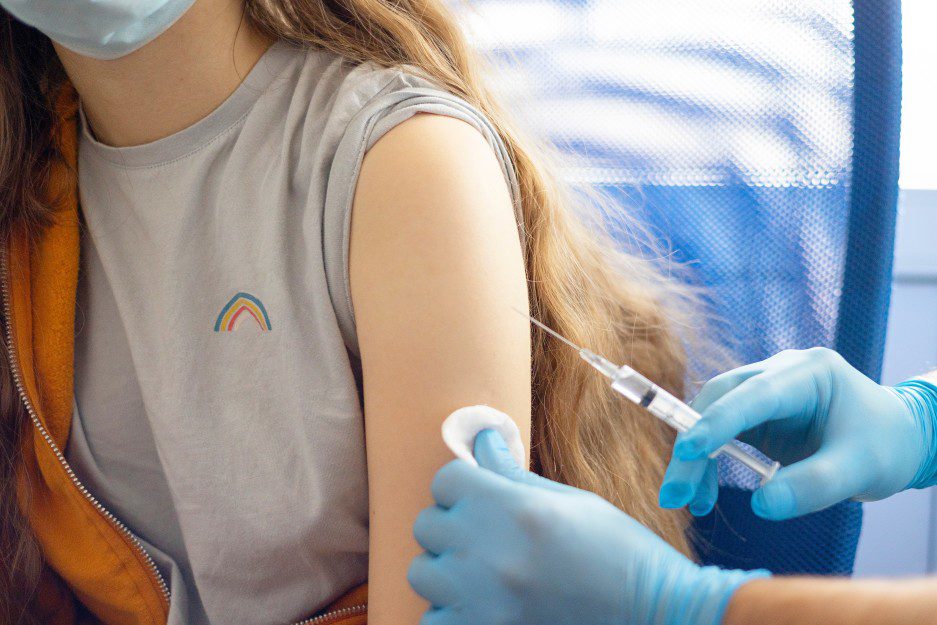 Too Many Young People Aren’t Getting the Jab – Can Music Change Their Minds?