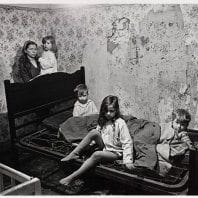 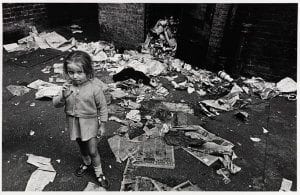 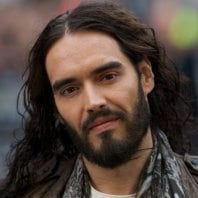 I have a rather embarrassing admission to make. From the ages of 18 to 21 my best friend and I used to spend almost every single Sunday morning YouTubing videos of Russell Brand. We were somewhat obsessed with his stand-up comedy and both quietly confident that if he was to ever meet us, he would fall as head-over-heels in love with us as we had with him. Then, Russell began getting political.

I am not entirely sure what made me shy away from taking an interest in what he was saying but I know that, for several years, I have made a conscious effort to avoid listening to his opinions on ‘serious stuff’. Maybe it was partly because I worry about a political system based on the cult of personality, or maybe, more selfishly, I did not want to experience the fall of a hero when I realized Russell’s charm was entirely sophomoric. But as Russell’s political musings gained publicity, particularly around the issue of drugs and now the conflict in Gaza, my friends have begun insisting that I take notice.

I was filled with joy to discover that, not only does Russell speak utter sense, but also he is courageous enough to say what needs to be said, regardless of the fact it can and will impact upon him negatively. His intellect and courage are laudable but it is his love of humanity that makes him brilliant.

You do not have to agree with what Russell Brand is saying, but you cannot deny that what he is doing is incredibly important. He is promoting debate and interest in politics and the political system; a system that is failing to engage and inspire the next generation and is furtively happy with a lack of public participation.

Russell clearly recognizes the danger of apathy and knows that whilst we continue to stand with our backs turned away from politicians, business people, and media moguls, they will continue to push through personal agendas which only advantage the elite.

Russell received a great degree of criticism when he called for British people to abstain from voting, stating that:

“As long as the priorities of those in government remain the interests of big business, rather than the people they were elected to serve, the impact of voting is negligible and it is our responsibility to be more active if we want real change.”

There were remarks made by several newspapers that Russell’s proposition was further alienating those who already lack power and was undermining British democracy. But I believe Russell is what the philosopher Cornel West would describe as a ‘deep democrat’. As Cornel states, “democracy is not so much a form of government as a set of principles.” Russell advocates for the core principles of true democracy: accountability, justice, and a fair distribution of power. Though his proposal may seem extreme, it is motivated out of a love of people and a belief that they deserve better:

“The only reason to vote is if the vote represents power or change. I don’t think it does. I fervently believe that we deserve more from our democratic system.”

With the recent online fracas between Russell Brand and Sean Hannity of Fox News, I have seen numerous Twitter comments calling for celebrities to “stay out of politics.” Such comments are missing the crux of a fair, democratic society. No one should stay out of politics. Behind fame and fortune, celebrities are people too, with personal and political beliefs which are as valid as anybody else. Whilst we should always be wary of the cult of personality, the responsibility rests with us, the receiver of celebrity opinion, to critically analyze any information we hear and make up our own minds about political issues. We cannot and should not prevent others from having their say.

What Russell is saying is not new. The fact that he has managed to wriggle himself into the diminutive group of people who can say what they want and still be published in the papers and shown on television is a game well played. It is likely that if Russell had not been a successful comedian that he would now simply be another well-meaning lefty without the platform to make the necessary change.

As Russell himself acknowledges, he is an obvious target for ridicule: “It’s easy to attack me, I’m a right twerp, I’m a junkie and a cheeky monkey, I accept it.” And I admit, at times, I squirm a little when he makes an incredibly brilliant and illuminating point and follows it up with a cheap comment for entertainment purposes. People castigate his eccentric presentation and his interweaving of jokes with serious issues for undermining the content of what he is saying. Regardless of the fact that his presentation is jocular, Brand is being listened to; the same cannot be said for many of our politicians. Sadly we are at a stage where our comedians are politically braver than our politicians.

It is a depressing reality that more attention is paid to the glitz and glam of Hollywood than is paid to the flaws in our system that mean a poor man can go to prison for falsely claiming £72 a week, whereas a rich man can get away with not paying £120million income tax. It is our reality nonetheless and one that Russell Brand is not responsible for. However, whilst he is part of the glitz and glam, it can only be beneficial that he uses his moment in the spotlight to draw attention to issues of real importance. Long may his moment last.